Ek Balam, climb the Mayan ruins of the Jaguar city

Ek Balam is an ancient Maya city of pre-Columbian origin located in the Yucatan Peninsula: we decided to visit it in one day starting from Valladolid, during the our trip to Mexico. 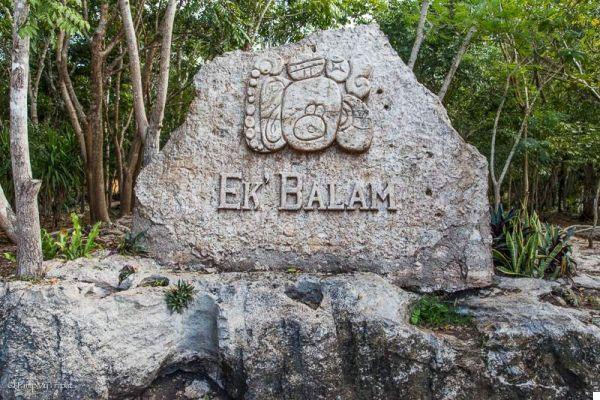 The entrance to the Ek Balam archaeological site

Le Antiche rovine Maya di Ek Balam they are in themselves really fascinating, almost completely surrounded by a green and impenetrable forest: but this will not last long because while we were in Mexico we heard that the jungle will be slowly burned to make room for hotels, mega-parking spaces for organized tour buses and tourist facilities of all kinds.

I believe that Ek Balam will lose much of its mysterious charm, but as they say, the money machine looks at nothing.

The name Ek Balam in the ancient Mayan language it means "Black Jaguar": the origins of this name are uncertain, some trace it back to the fact that there was a connection between the jaguar as a figure linked to the Sun, someone traces it back to the name of the founder of the city, others to the various stone representations of the animal in the archaeological site.

Regardless of its origin, it is immediately clear that Ek Balam was a powerful city: this wealth is documented by the incredible paintings that covered the city, from the vaults of the ceilings to the wall complexes. 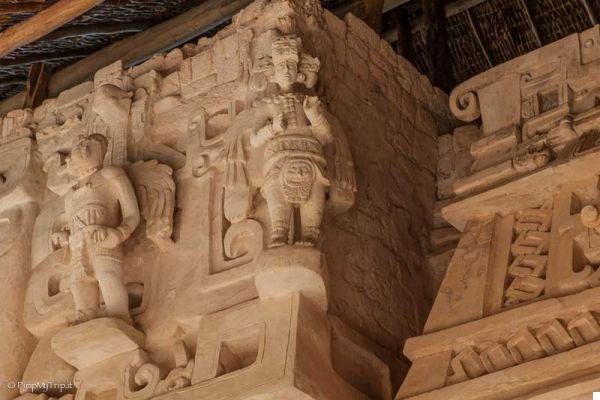 The foundation of Ek Balam is estimated to be around 300 BC and the best thing about the whole archaeological site is that, unlike the others, it is possible to climb the ruins.


The staircase to reach the top of the main Acropolis, 32 meters high, is steep and quite tiring despite being just over a hundred narrow steps, but the view from above on the dense forest that extends as far as the eye can see. eye is worthy of a king and gives the idea of ​​how the Mayans must have seen it many many years ago.

The Acropolis is the largest structure on the entire site and its decorations and stuccoes are remarkably preserved and carefully protected by thatched roof huts. The most surprising temple is represented as the mouth of a huge monster, with its jaws open: for the Maya this represented the door to other worlds. 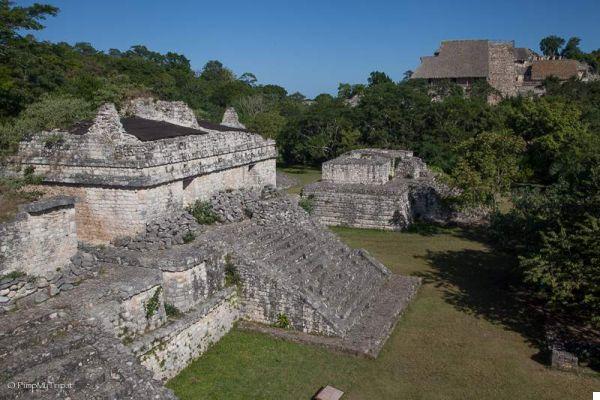 Evidence was also found at Ek Balam that could testify to bloody rituals performed by nobles and priests. Some scholars hypothesize that one of the figures carved above the Mouth is in fact a defeated enemy waiting to be sacrificed, but these are only suppositions, there is no certain proof.

Swim in the Cenote X 'Canche

Right next to the entrance to the Ek Balam ruins, a dirt road leads up to one of the most beautiful Cenote I've seen in all of Mexico. The road to get to the Cenote is quite long, about 1 kilometer and a half, but it is easy to travel and for the lazy, however, it is possible to rent bicycles. 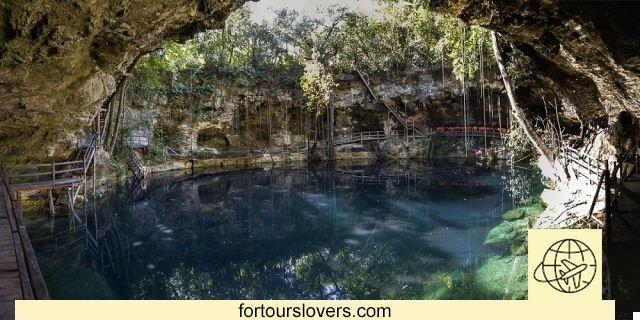 X Canche, the cenote not to be missed if you visit Ek Balam


Not very touristy, X 'Canche is a large “hole” filled with fresh crystalline waters. The sunlight illuminates a part of it making the atmosphere magical and the water looks like green glass. When we arrived there was no one and we were able to enjoy a beautiful swim in total solitude.
Unlike many other more famous cenote, X 'Canche is not located in a cave but its roof is simply the sky.


How to get to Ek Balam

The most used and cheapest means of transport in Mexico is the collectivo, a kind of taxi-van that waits and does not leave until it is full of passengers. Since we wanted to see Ek Balam early in the morning, to escape the crowds of tourists that would come later, we had to pay 2 for 5 people, still spending relatively little.

However, one of the things we hadn't thought about is that practically all the tourists who visit Ek Balam reach it either by rental car or with organized tours, so we had to pay three times as much the initial amount on return, since we do not we found no other passenger sharing the cost with us: being our only alternative (and the taxi driver knew it well), the return fare was simply double that of the outward journey.

So keep this in mind if you decide to visit the ancient ruins of Ek Balam by public transport.

El Calafate, what to see and do beyond the Perito Moreno ❯

5 of the most beautiful Mayan archaeological sites in Mexico

Honeymoon in Mexico do it yourself, two weeks itinerary

Cenote Discovery, dive into the Mayan caves without a diving license

add a comment of Ek Balam, climb the Mayan ruins of the Jaguar city