Visit Chichen Itza it is absolutely one of the must-sees not to be missed for anyone who is organizing a trip to Mexico.

A Chichen Itza it can be reached very easily with a tourist agency, scheduled day-tours depart every day from major tourist destinations such as Playa del Carmen for example, but in my opinion the price is really too high compared to what you spend organizing yourself which remains the best way to visit the famous Maya site even at the expense of a little comfort. 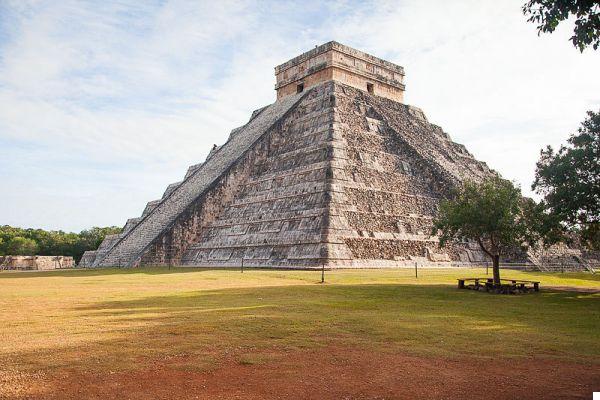 The pyramid of Kukulkan in the early morning light

In addition, my advice is to avoid day-tours organized by agencies because generally they all arrive at the same time so you risk finding yourself in the midst of dozens of other buses loaded with hundreds of tourists who are poured into the archaeological site simultaneously destroying totally the charm of this place.

So your best bet is to try to visit Chichen Itza early in the morning before the invasion of the tourists of the bracelet (those who have the bracelet that identifies them as belonging to a resort rather than another) and to those of the agencies. 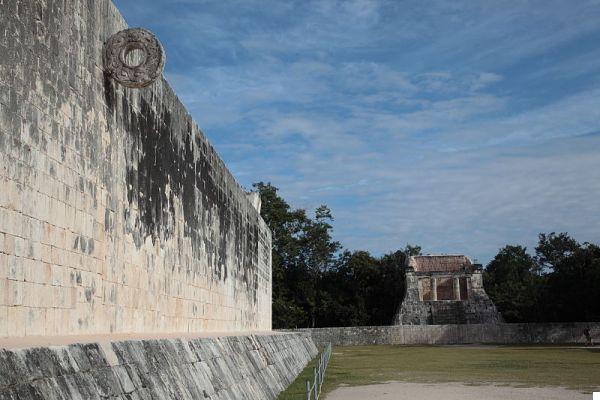 Camp for the game of pelota in Chichen Itza

Getting to Chichen Itza is easier done than said. Scheduled public buses leave from all the cities around Cancun, Merida and Valladolid that leave directly at the entrance to the archaeological site. From Cancun buses are less frequent than from Merida and Valladolid which are the best bases from which to visit. If you want to be comfortable you can take the ADO first class bus that provide luxury service with air conditioning and super comfortable seats. If, on the other hand, you are more interested in saving, the buses of the Nibujon e MayaB (second class) they also provide good service, but the vehicles are older and less comfortable.

For those who want to be at the Maya site even before it opens to be the first of the day to see the beautiful pyramids in Kukulkan completely without a tourist around, he can do as we do and take the colectivo that the employees of the archaeological site take early in the morning. 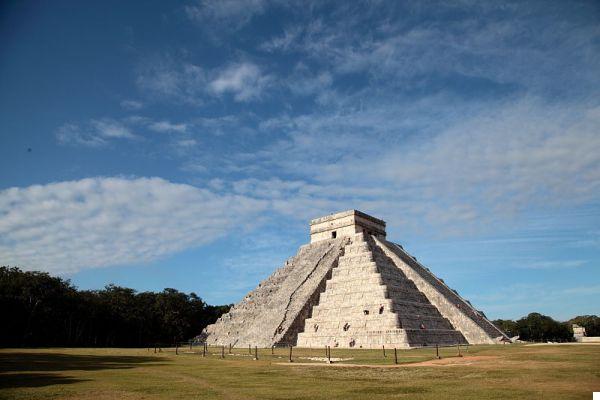 We started from Valladolid, but I imagine that something similar can also be found in Merida, it is better to ask them once you arrive. Beware that for the return to Valladolid buses are less frequent, it is better to inquire about the timetables and in any case in Chichen Itza there is the ticket office where you can easily buy tickets. 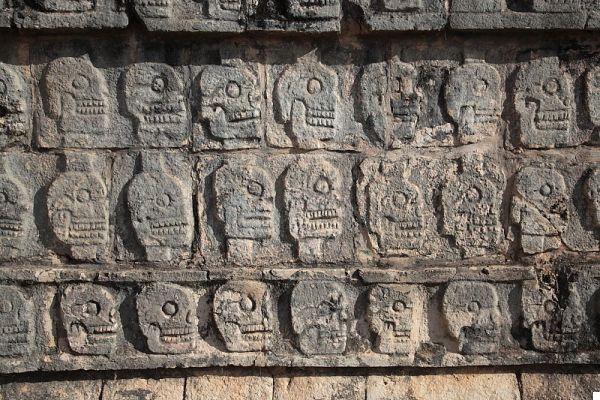 From Valladolid therefore the best thing is to take the colectivo at 6:45 which leaves every morning from the colectivos station near the ADO bus station (in Valladolid the colectivos leave from different stations depending on their destination) and which is what the employees of the archaeological site take and which will take you to Chichen Itza exactly 10 minutes before the ticket office opens (the conductors will be with you on the colectivo).
This is the best choice: there is no queue, the colectivo pays very little and directly to the driver without having to buy a ticket, you arrive before the absurd crowd pours into the site and you have the privilege of seeing Chichen Itza completely by yourself, with the first light of the morning and without dying of heat under the scorching sun. The enchantment will last until the first bus arrives and then you have a nice half hour to take some fantastic photos of the pyramid of Kukulkan without some other tourist's hat peeking out.
At that time there aren't even the vendors with their ubiquitous stalls, you will see them arriving by the hundreds later making Chichen Itza more like a huge bazaar than an archaeological site.

Where to Stay in Tulum: Sleep in the Riviera Maya

Where to Stay in Playa del Carmen

Guide and Tips for a Trip to Mexico

Merida: between culture, hammocks and Yucateca cuisine in Mexico

add a comment of Visit Chichen Itza by public transport