How to get around in Tuk Tuk in Thailand, Tips

How to get around central Thailand?

Those who are not yet familiar with the culture of Southeast Asia may wonder what is a tuk-tuk? The tuk tuk, besides being a comfortable means of transportation to cross the busy Thai streets, is a true symbol of Thailand.

It has been around for over 100 years and has become increasingly popular with tourists who can't wait to experience the thrill of a ride in a typical bright and colorful Thai tuk tuk.

In this guide I will explain all the aspects you need to know about the Tuk Tuk, first of all we will see what it is, how much it costs to travel by tuk tuk and you will discover all the tips to get the most out of this characteristic 3-wheeled vehicle, avoiding any unpleasant scams.

Just hop on board, let's go!

What are tuk tuks? 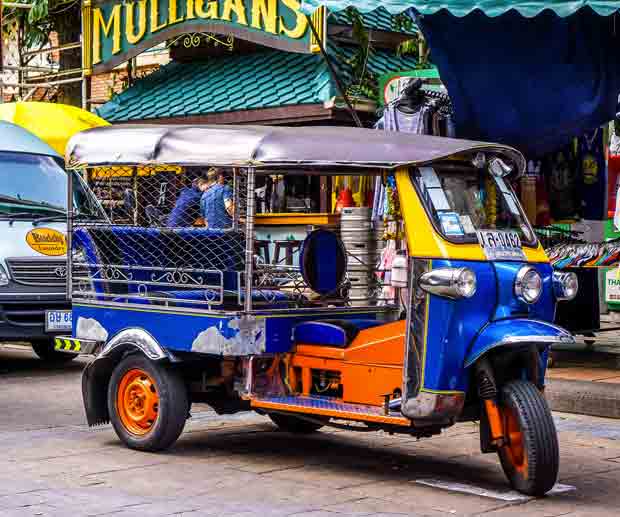 Tuk tuks are three-wheeled vehicles, open on the sides and usually with a canvas roof.

Besides offering a particular and fun experience, in my opinion they are very comfortable, especially for traveling short distances.

In theory, the tuk tuk can accommodate a maximum of 3 people, but astute drivers often manage to take on board entire families or numerous groups of friends!

The classic tuk tuk consists of a front seat for the driver and a back seat for the passengers, a sort of cushioned armchair.

The original name of this particular vehicle was "samlor" (three-wheeled vehicle) or more commonly "rickshaw", the current name "Tuk Tuk" would seem to derive from the noise of the engines of the early models, particularly rumbling.


It is erroneously thought that tuk tuks are used only by tourists to live a particular experience, but the reality is that tuk-tuks represent a means widely exploited also by the local population. They are used especially to cross the areas less served by public transport.


Especially outside the big cities, the tuk tuk turns out to be a very comfortable and economical means of transport. 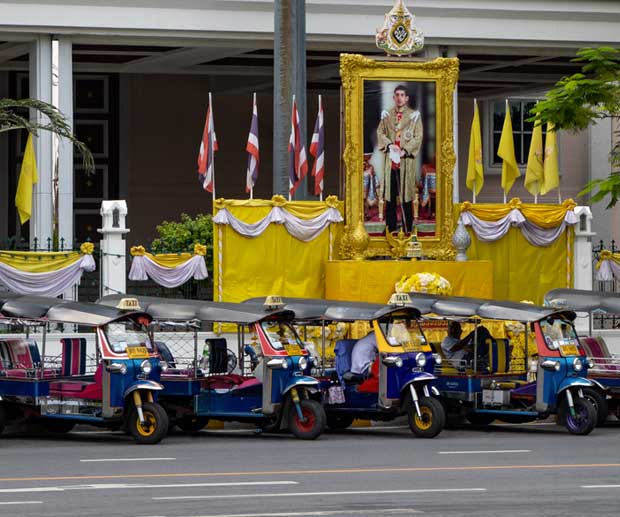 But are tuk tuks always the cheapest way? It may be because of the smaller size, but many believe that tuk tuks are cheaper than cabs. The reality is that this is not always the case, especially in big cities like Bangkok and in the more touristy areas, the cost of a cab ride can be about the same.

The problem is that, unlike the taxi meter the tuk tuks do not have a meter, so you must indicate where you want to go and agree on the price before leaving.

I recommend that you first check prices by asking at the hotel reception or with locals how much it might cost to get to a particular place.

At that point, you will have a reference rate and will be able to negotiate with the tuk tuk driver, who will probably fire you for a much higher price. 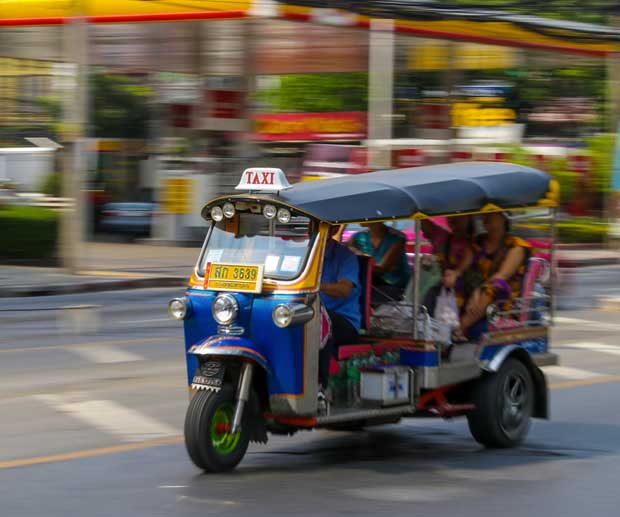 If you decide to rely on the legendary tuk tuks, and I advise you to do so, you should be aware of any scams you may incur.

The most common "scam", especially in Bangkok, occurs when the driver offers you a particularly low price.

If accepted, the driver will try to take you inside various stores along the way, often jewelry stores or local souvenir or handicraft stores. In return, the shopkeeper guarantees a commission to the tuk tuk driver.

It's not a real scam because you don't have to buy (although the vendors can be very aggressive), but you will lose time on your trip and it can be stressful.

In any case, before you get on a tuk tuk while haggling over the price, specify that there should be no intermediate stops along the way.

Tips when taking a Tuk Tuk 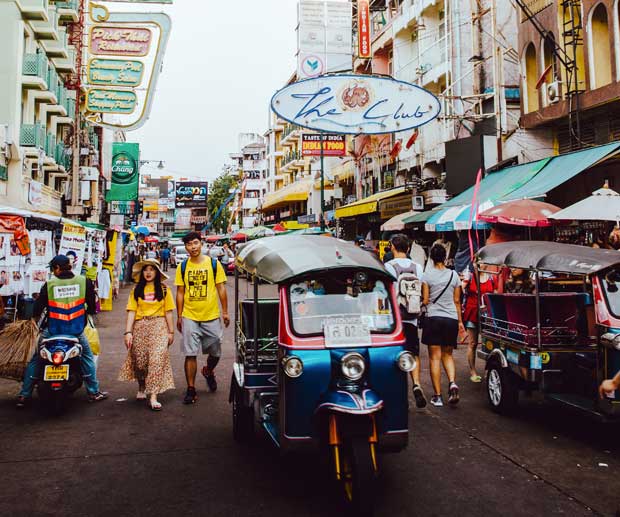 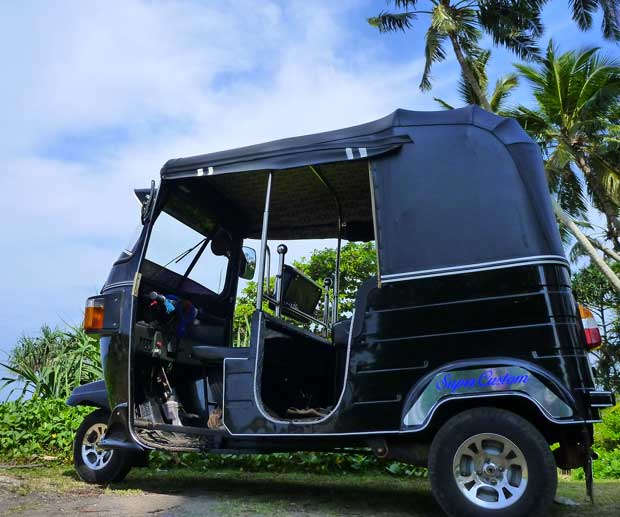 As we have seen, tuk tuks are not always the cheapest option, but why should you use them?

Basically, tuk tuks are preferred for short trips, compared to cabs, they can be faster during rush hours and in particularly crowded areas.

Being quite small, they can travel on back roads or narrow alleys and avoid major traffic jams. They are also particularly convenient for getting around some islands, where there is less supply of cabs.


In general, tuk-tuks are very easy to find, you will see them all lined up waiting for you in front of the entrances to the main tourist attractions.

For longer trips, cabs are better, both for the economic aspect and for comfort and safety, but make sure that the meter is always used.

We have seen in detail what a tuk tuk is and why they are so popular. I am a great lover of this quirky motorized rickshaw, not only because of its picturesque appearance but also because I consider it an excellent means of transportation.

Have you ever taken a tuk tuk ride, do you like it?

Caribbean Vacation: Where and When to Go to the Caribbean ❯

Where to Stay on Koh Tao

Bamboo Island Beach, one of the most beautiful beaches in Thailand

Tips for Organizing a Trip to Thailand

How to reach Koh Lipe from Langkawi

add a comment of How to get around in Tuk Tuk in Thailand, Tips