The heart misses a beat with every movement that seems to see in the waves, you look around with wonder, your eyes lost in the immensity of the ocean, wearing that feeling that you get when you wait for a moment that you know is about to happen. He waits impatiently, counting every second until "she" shows up, leaving you breathless.

This is an experience that each of us should have sooner or later.

I had already done it whalewatching to observe the whale many years ago in California and going to Costa Rica it was another good opportunity to relive those moments again.

During the trip to Costa Rica we learned from other travelers we met on the way that ad Uvita, a small town a couple of hours by bus from Manuel Antonio, in those days the Whale and Dolphin Festival: Could we let it get away?

Locandina of the Whale and Dolphin Festival

Said and done, the itinerary changed on the fly once again, we go to Uvita, to visit the Marino Ballena National Park, just on the days when the festival celebrates these great creatures of the sea.

We get off at the bus stop that is already dark outside, under heavy rain, after a two-hour bus ride from Quepos, small satellite country of Manuel Antonio. The road to get to the hostel found on the guide is not illuminated and made muddy by the rain, we now arrive drains. The first impression I have of Uvita is that the traveler arrives there for two reasons: by mistake or by chance, as happened to us. After all, it seems that here and there there is nothing but a road that leads to the ocean with two rows of houses around, a few souls and a few dogs.

But if this small center may seem so unimportant to human beings that they do not want to dedicate even a day to visit it, on the contrary it is not for the balene “Humpback” (Humpback whales) who have chosen it as the place to mate. In the intimate and protected waters of the bay the whales later give birth to their babies and stay here until they are old enough to brave the depths of the ocean.

Not only for this reason, but also for the conservation and protection of all other species living here, in 1989 this bay was declared National Park. 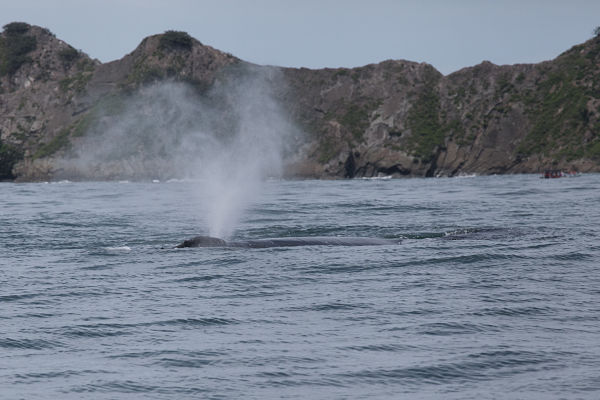 The next morning we get up early, we want to go look for the tour of whale watching: during the festival they do promotions and the price is very attractive. The boats leave the beach every half hour, from early morning until lunchtime because after the tide goes down and it is no longer possible for the boats to leave or return.

The town is swarming with people who have come here like us, the street is full of stalls selling trinkets, handicrafts of dubious quality and colorful hammocks made in Nicaragua. Enthusiasm is breathed and cheerfulness and a shiver of excitement permeate the air.

We pay for the tour (20 USD including the 6 USD admission to the park) and we set off by boat in search. Profitable research: at the moment there are two mothers with their little ones in the bay. We return to shore after almost three hours with an agitation on us that makes us euphoric.


But Uvita didn't just give us the thrill of seeing whales. When the tide goes out an isthmus reveals itself, guess what shape? What other form could it have but that of one whale tail! 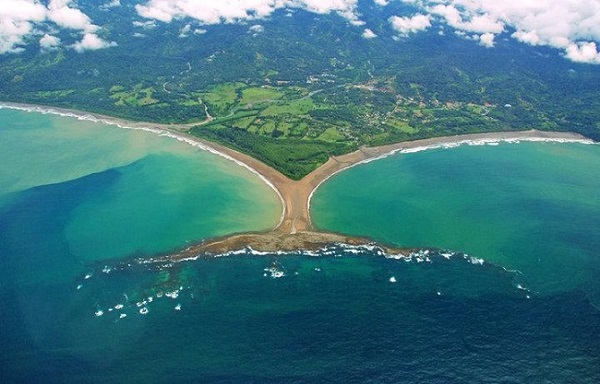 In the afternoon, when it is no longer possible to go looking for whales, you can take advantage of the low tide to reach the isthmus.

You can walk towards it, on the long dark beach, until sky and sea merge together. 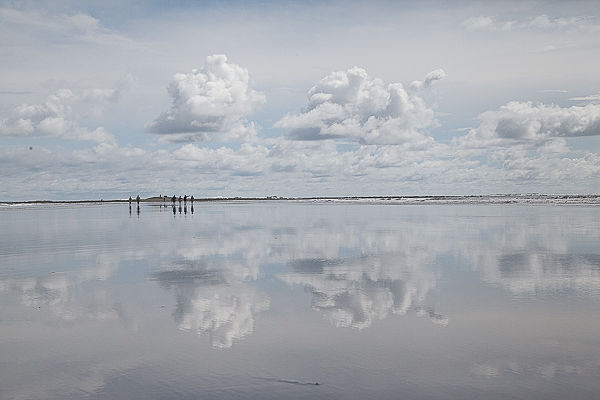 Or stop and watch the children happily playing on the wet sand, exactly there, where before there was simply the sea. 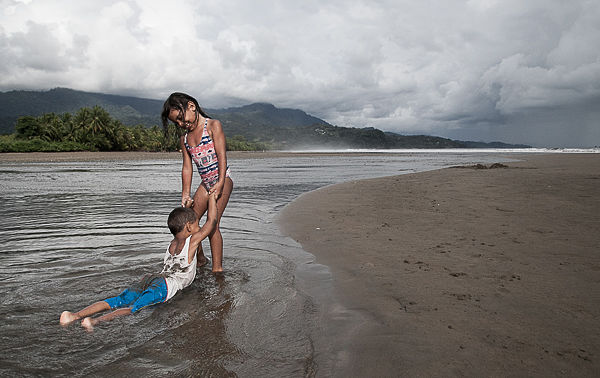 I have just the time to take some pictures that big black clouds materialize on the horizon. We begin to return to the hostel, but we do not manage in time and to shelter from the rain we remain under a toppia for about an hour. The leaden sky reflects my black mood: tomorrow we return to San Jose, our journey is coming to an end, two more days and then I'll be home again.

Zadar, what to see and what to do in the city of greeting the sun ❯

Arenal Volcano and La Fortuna: Guide To Organize Your Trip

add a comment of Whale watching in Costa Rica: Uvita and the Marino Ballena park