Everything I Didn't Know About the Northern Lights

For many years now I had hoped to one day be able to organize a trip to attend the show of thenorthern Lights. So when last year Giulia she proposed to me to go hunting, I caught the ball and immediately said yes without thinking twice.

In early December we left with a backpack full of hope, destination Swedish Lapland, Within walking distance Arctic Circle. 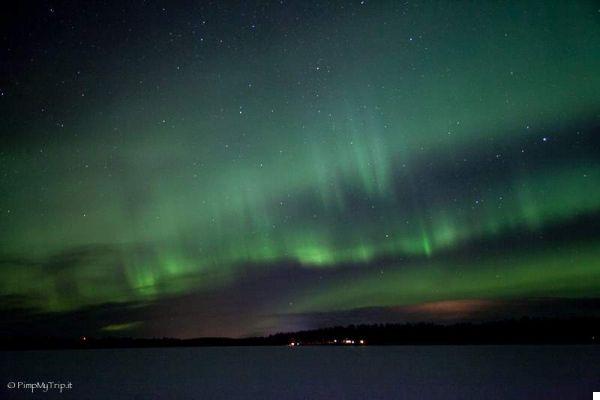 Already The first evening in Lapland gave us the chance to spot the Northern Lights. In the dark and cold, while I waited for it, I was arguing with my head, in a whirlwind of agitation, doubts and anxiety:

Will I see her? Will he show up? How will it be? Will I be disappointed?

I was mulling over all this when in a moment she began to rise and dance in the sky, suddenly relieving myself of all the thoughts that crowded my brain, leaving the stage free only to wonder and amazement.

What I remember now is that it took a moment for me to burst into laughter of joy, tears in my eyes, and to dispel any doubt and fear that had haunted me up to that moment.

And then a hug from those in which you hold tight and Giulia and I dancing from happiness under the Northern Lights and under a sky that is nothing more than a blanket of stars.

This experience, however, in addition to giving me great happiness, also made me know a lot about the aurora and what you need to know to see it.

The trip to Lapland taught me something very important. Probably if I had only gone to see the Northern Lights I would have enjoyed it much less since it is unpredictable and you are not always lucky enough to see it appear.

Instead, thanks to all the activities I participated in during the days spent in the wild north, sleigh ride pulled by sweet huskies, snowmobile safari, horseback ride in the snowy forest just to name a few, even if I hadn't seen the dawn I would still have been happy with our trip.

And then landscapes of breathtaking beauty, the sky that turns pink when it's cold, the fog that rises from among the fir trees, the sun that always low on the horizon gives a fantastic light for photographing.

In short, the Northern Lights were simply the culmination of a journey that would have been extraordinary anyway. 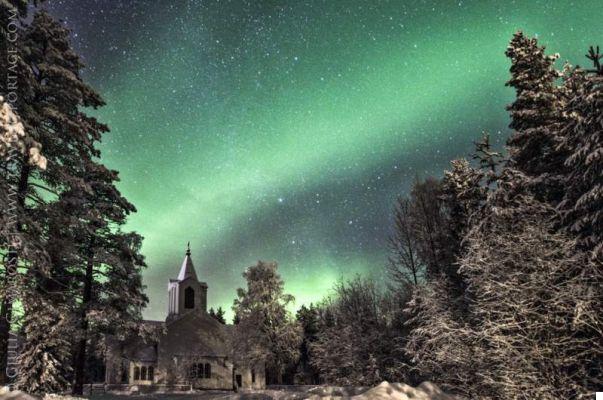 Northern lights in the sky of Swedish Lapland by

The Northern Lights are unpredictable!

But how does the aurora form? Simplifying, the northern lights (like the southern one visible in the other terrestrial hemisphere) are formed thanks to the interaction between electrons (high-energy particles) and the neutral atoms of the earth's upper atmosphere.

These particles, colliding with neutral atoms, can "excite" the electrons.

After some characteristic time, the electrons return to their initial state emitting particles of light (photons).

The colors of the aurora can be many and depend on which gases are present in the atmosphere, their electrical state and the energy of the particles that hit them. For example, the typical green color is given by atomic oxygen.

To see the Northern Lights it is also necessary to have clear and dark nights. Since the aurora forms at great heights (80-100 km) on the earth's surface, clouds make sightings very unlikely.


Even if there are specific apps for both Iphone and Android for the forecast of the aurora, which tell the intensity or the location of the phenomenon, you are never absolutely sure to be able to see it.

One evening in Lapland the app gave an activity 4 (high) right on our head and the sky was perfectly clear, but apart from a slight glow on the horizon we didn't see anything else.

Check the forecast for the Northern Lights

Where to see the Northern Lights?

Given its genesis, it is quite clear that the closer you get to the North Pole, the more chances of seeing it increase. All the villages close to the Polar Circle therefore offer good opportunities.

Certainly Abisko, in the far north of Sweden is one of the best places because the climate is generally dry and therefore the chances of finding clear skies increase.

You may also like: Aurora Borealis in Iceland, where, how, when

also the Svalbard e Tromso in Norway they are excellent observation points, but it must be taken into account that for example in Tromso in winter the hours of darkness go from 20 to 24 (in the months of December, January and February).

Consequently, in case the weather is bad and the aurora is not seen, the alternatives to have fun are not many.


In short, every destination has its pros and cons, for the choice I have taken into account that:

For this I refer you to point one: choose based on the destination, not the aurora. For this reason I have chosen Swedish Lapland and specifically Skelleftea. 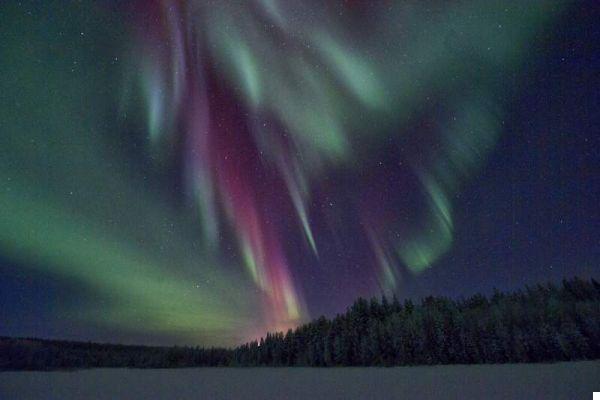 What is the best time?

To assist and see the Northern Lights the only sine-qua-non condition is that it is dark and that the sky is clear. In fact, the aurora is present all year round, but in summer with the light it is generally not seen.

Il best time they are therefore the months of January, February and March, but very strong phenomena have also been observed in October and November.

December is typically not a good month, because popular destinations like Kiruna in Sweden o Tromso in Norway are subject to a high probability of bad weather which means cloudy skies.

Since, whatever destination you choose, you are always very far north, don't forget that it's cold, it's really very cold so you have to equip yourself well: sometimes you have to wait for the Northern Lights for hours in the dark and at certain temperatures. below zero it becomes really difficult to resist.

Nothing inhibits the vision of a Northern Lights like thelight pollution.

Exactly like when you want to observe a beautiful starry and move away from any source of artificial light, so to see the aurora better I recommend you look a place as dark as possible.

Better to get away as much as possible from inhabited centers, even if they are small, from street lights and houses.

It is therefore necessary to be extremely careful when choosing a guided tour, better make sure, before buying it, to be taken out of urban areas. 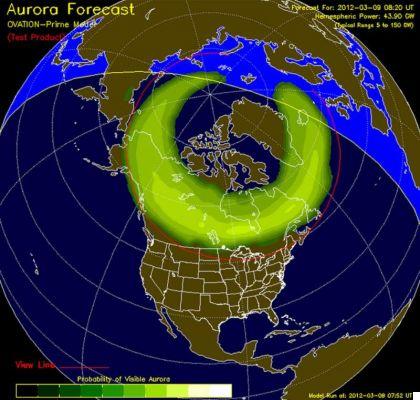 Image showing the oval of the aurora

One of the things I learned on this trip is that you don't necessarily have to look north to see the aurora, or rather it depends on where you are.

If you are in fact in places inside or below the oval, as in Tromso for example, this can manifest itself in any direction, even above our head!

Wait for the full moon

Although it tends to give light, it is not true that the Northern lights are not seen with a full moon. The moon also illuminates the surrounding landscape, creating excellent conditions for photography.

Thanks to Destination Skelleftea, JD, VisitSweden and Lantliv Lodge for making this extraordinary trip possible, of which thenorthern Lights it was the right crowning!

Everything you need to know about the Perito Moreno Glacier ❯