When to go to Northern Europe to see the Northern Lights?

Author and references
When to go to Northern Europe to see the Northern Lights? 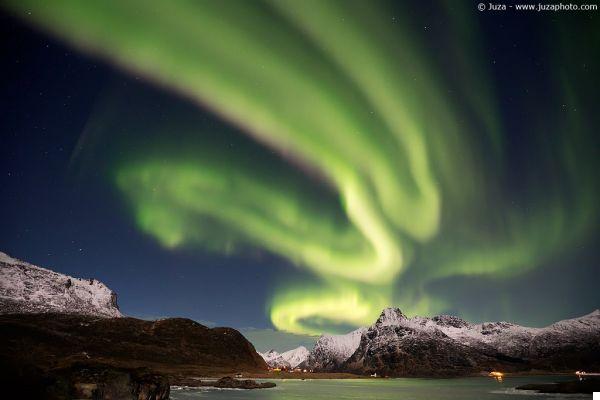 The Northern Lights are a luminous phenomenon caused by the friction of particles of solar origin, mostly electrons and protons, with the outermost layer of the Earth's atmosphere.

La emitted light is mostly colored green, but sometimes the Northern Lights can manifest themselves through bluish or reddish shades based on the nature of the components of the atmosphere, nitrogen and oxygen, although this happens less frequently.
The aurora boreali they can be admired in the polar areas of the Earth, therefore they should more correctly be called polar auroras. They take the name of borealis as since ancient times they have been seen mainly in the northern hemisphere of the planet (boreal), but today we know that the auroras also occur in the southern hemisphere, the southern one. Own near the poles the magnetic field is weaker and therefore the solar particles at the origin of the phenomenon accumulate more easily.

Le shapes of the polar auroras are varied, arc and rays that rise from below for many kilometers, can remain motionless for several hours and then start swaying as if a gust of wind were trying to move them, creating colored swirls that dance in the blue night sky. After a long dance they open up in large intermittent luminous spots which remain unchanged until the morning. 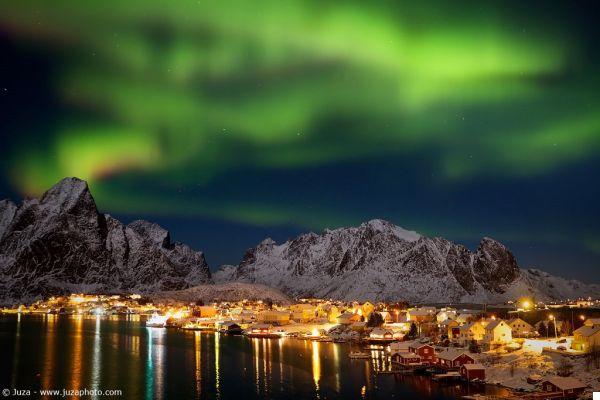 Le Solar storms that cause the polar aurora phenomenon are cyclical and in continuous change, during an intense solar activity the phenomena are more frequent. In 2008, a particularly strong cycle of solar activity began and in 2015 there were more spectacular phenomena than usual. Many enthusiasts have followed the activity of the auroras, seen up close, directly in the lands of northern Europe to immortalize these natural wonders. We point out the extraordinary photos taken by  Gabriele Menis  published on his facebook profile.

Le favorable climatic conditions for the sight of these wonders are those between September and March, when the nights are long and clear, better the months of September / October and February / March for the slightly more acceptable temperatures. It is necessary to avoid full moon nights and areas with high light pollution, so it is better to get married in very isolated places.

Le best destinations to spot the Northern Lights you find them in Finland where you can for example stay directly in the igloos immersed in the snow in a  Artic Resort  in Lapland. Find out about the Finnish temperatures that you can find when you arrive at your destination. 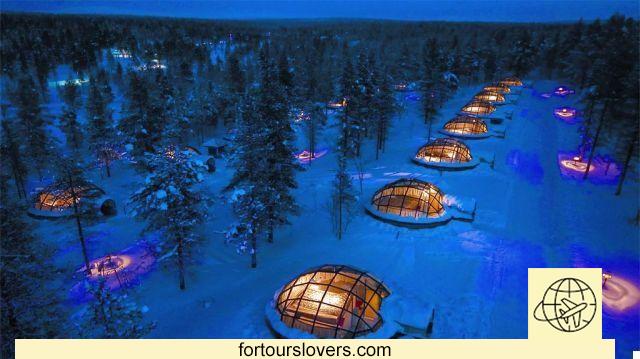 Also the Swedish Lapland it is the ideal place to observe the phenomenon where the wild and uncontaminated lands are isolated and far from the artificial lights of the big cities. Going further south west, also in Scotland you can admire the bright dancers dancing in the sky, particularly on the Isle of Skye, the Northern Highlands and Dunnet Head. In Iceland the position is better because it is closer to the polar circle, arrival point the city of Reykjavik, from here you move to the more isolated areas outside the city. In this site you can find some information about it.
Another very popular destination for observing the Northern Lights is the Norway, especially in the Tromsø area, where during the winter the skies are often clear and therefore favorable for a good sighting, this page find all the useful information to organize an excursion.

Discover Inagua in the Bahamas this winter ❯

add a comment of When to go to Northern Europe to see the Northern Lights?