Travel and holiday guide to Malta

Located in the heart of the Mediterranean, less than 100 km from the Sicily and overlooking Tunisia, Malta has been at the center of events throughout history, preserving much of its interesting past. In addition to the island of Malta, the Maltese archipelago also includes Gozo, Cumin, Cominotto e Filfla

Home of the Order of the Knights of Malta, this country is truly amazing. Small in size, but of great character, the archipelago offers marvelous bathroom secluded, medieval palaces e scomplained baroque churches. And then surprising archaeological wonders to visit, an interesting one nightlife with many clubs nocturnal and many exciting activities you can do it at any time of the year.

Most tourists choose Malta as their holiday destination, especially for its own climate (there are more than 300 days of sunshine every year) and for crystalline waters of the sea, which make it an excellent destination to do snorkeling and diving. The water is, in fact, among the clearest and cleanest in the whole Mediterranean.

But themain attraction of Malta lies in its overtime 7.000 years of history. Visitors can explore some of the oldest stone structures in the world, as well as prehistoric temples, Roman catacombs, and medieval villages.

Populations such as Phoenicians, Romans, Greeks, Sicilians and Arabs, occupied the island before the European dynasties, which arrived in the Middle Ages. Each civilization has left its mark and today the archipelago converses preciously with this great one historical heritage. 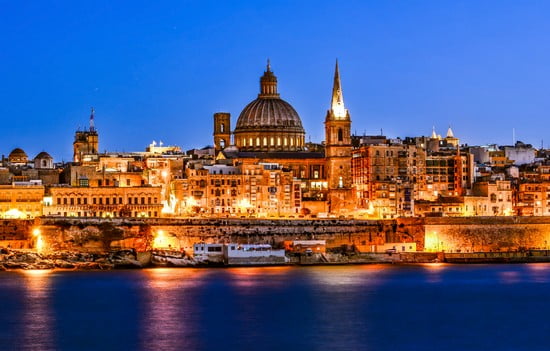 Malta is also one destination loved by sportsmen. Here it is possible, in addition to pleasant walks, to practice various sports such as: climbing, windsurfing, snorkeling and of course scuba diving.

THEGozo island it is particularly recommended for all water activities. Less touristy and wild, Gozo is a real haven for those who find Malta too crowded. In fact, it is also cheaper both for hotels and for other tourist services.

When to go to Malta

Il best time to visit Malta runs from May to October. L'high season, from July to September, it offers the hottest and best months for beach holidays, but it is also the period with the highest rates.

In winter temperatures are mild, but evenings can be quite cold due to the winds that blow from the sea. The rainfall they are scarce on the archipelago and begin at the end of autumn and then end at the end of winter. If lovers of the sea and beaches choose the summer months to visit Malta, i surfers they prefer the strong winds of the winter months.

La spring andautunno these are probably the best times to visit the scenic and historical beauties of the island. Temperatures are pleasant, and flight and accommodation rates are not high. You can also spend pleasant days on the beach and take short baths in the sea. They are also quiet times for those looking for relaxing holidays.

Between March and September Lightweight cotton or linen clothing is recommended, although warmer clothing may be needed on colder evenings in spring and autumn. In winter period, in addition to a light raincoat, an umbrella and warm clothing can be used, some days can be cold.

In Malta, it is customary dress well in the evening for dinner. Avoid shorts and beachwear at the restaurant. In churches, shoulders must be covered and men are not allowed to enter in shorts. Nudism is prohibited on the beaches, the practice of which can lead to severe fines.

Where is Malta located

The Maltese archipelago is located in the center of the Mediterranean. The largest inhabited island is Malta, 93 km from the south of Sicily and 290 km from the northern coast of Africa. Gozo e Cumin they are the only other inhabited islands. The landscape of all the islands is characterized by low hills with terraced fields.

Malta, the largest island and the cultural and commercial center, has a very rugged coastline, covered with harbors, bays, inlets, sandy beaches and rocky coves. It has no mountains or rivers.

What to see in Malta 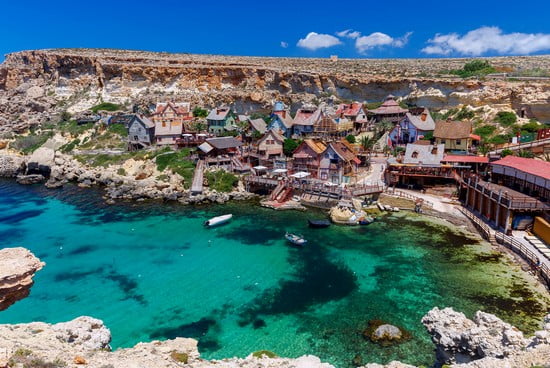 How to get to Malta 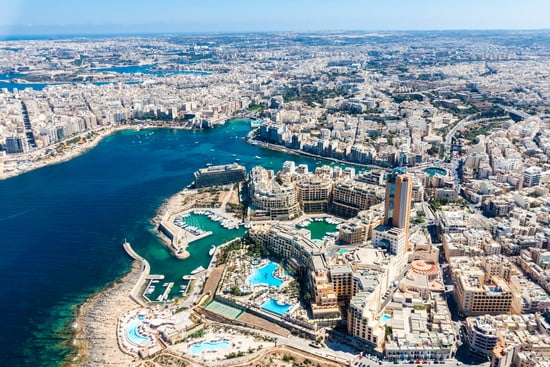 St Julian's, one of the best areas to stay in Malta - Photo from Istock

The national airline is Air Malta. Other airlines that operate flights are EasyJet e Ryanair. THELuqa airport it is 6 km from the center of Valletta and can be reached in 25 minutes by bus (around 2 euros) or 15 minutes by taxi (around 25 euros).

Where to sleep in Malta 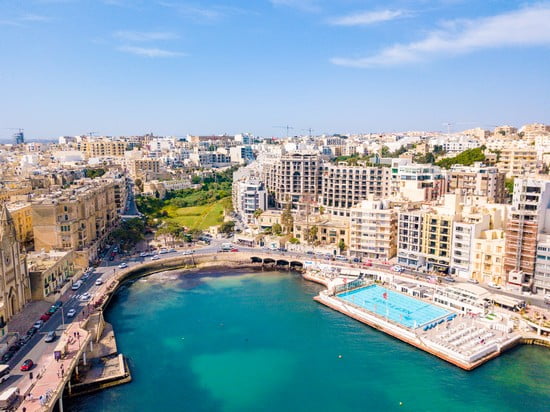 In general terms the accommodations are of quality. The hotel industry is a dynamic sector and services are quickly adapting to the latest demands of modern comfort and trendy decorative trends.

The offer is concentrated above all in the capital and in coastal tourist resorts, and is diversified enough to suit all types of budgets. In the absence of beaches or direct access to the sea, hotels and lodges have adapted and often have a swimming pool, and many also have a gym and wellness center.

How to get around Malta

Traveling and getting around by car in Malta it is relatively easy, but remember driving is on the left and overtake on the right. There are numerous on site car rental agencies and the vehicles can be rented with or without a driver.

You can also move By motorbike o by bike, for short distances. On the maritime side, the ferries they provide connections between the 3 main islands.

Also the taxi it's a good way to get around, but definitely more expensive than the bus. White cars are public taxis, while black cars represent private companies that need to be contacted by phone.

The island also has one reliable public transport network, regular and economical. Bus lines connect almost all points of Malta, although for some places it is necessary to go through the Valletta bus station.

EU citizens, including Spaniards, need a passport or of identity card valid for the duration of the stay. EU citizens do not need a visa and can stay for an unlimited period, but for holiday periods longer than 3 months, they must register with the local authorities.

If you are traveling with pets, the pet must have a microchip, an animal passport and a valid rabies vaccination certificate to enter the country.

The health situation in the country is good, as is thehealth care of a primary nature and there are no difficulties in finding any type of medicine.

If suddenly ill or involved in an accident during a visit to Malta, European travelers will be able to have the necessary medical care provided by the local public health care, if they have the European Health Insurance Card (EHIC), the so-called Health insurance card.

THEmain hospital is Mater Dei in B'Kara, Malta. The journey by ambulance is free in case of emergency (telephone 112), as long as you can prove that you have the right to treatment.

The water supplied by the mains is normally chlorinated and, although safe, can cause disturbances. It is recommended to drink bottled water. Dairy products, local meats, seafood, fruits and vegetables are generally considered safe to eat.

Maltese and English are the two official languages.

98% of the population is Catholic (more than 85% of whom are practicing).

The voltage of the electric current is 240 V. The electric sockets are of type G (with three flat plugs), like those used in England. We therefore recommend that you get an adapter before traveling. 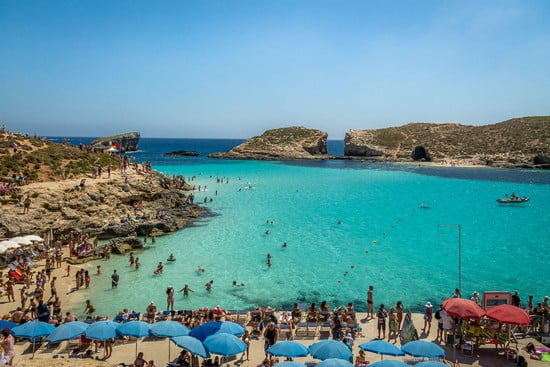 12 things to do and see in Malta

Where to stay in Malta

When to go to Malta, better Month

Tips and Information for Visiting Malta

Where to sleep in Malta: the best areas to stay

add a comment of Travel and holiday guide to Malta