An idea to leave next April: a motorhome trip to the West Coast.

Author and references
An idea to leave next April: a motorhome trip to the West Coast.

The travel proposal that we will make to you for the month of April has something special about it. Ideal for those who love freedom and practicality, perfect for travelers in family, but also a lot popular among young people. The idea we have come up with is a Campervan trip on the West Coast of the United States. 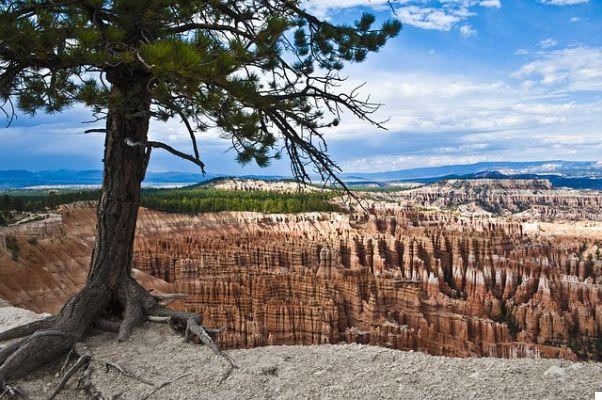 Visiting the United States is a dream that, sooner or later, many in life want to fulfill. A West Coast tour usually includes the visit of city like Each filtering bag Angeles, HR Vegas e Saint Francisco (and why not, San Diego too), of California beaches overlooking the Pacific Ocean, like a Santa Monica or Santa Barbara just to name the most common ones. Without losing absolutely the popular national parks, such as the Grand Canyon, Monument Valley, Sequoia Park, Bryce Canyon or Yosemite Park.

Do a trip to the United States it involves many hours of flight, but when you arrive at your destination, the embarrassment of choice is disarming. There are many things to see and the great distances to be covered to satisfy your desires are immense.

The journey "on the road", however, has a particular charm. Driving along the comfortable American roads in the midst of breathtaking nature will leave you with an indelible memory, from the heat of the rocky desert to the valleys full of ancient trees, lakes, streams and waterfalls. You will suddenly find yourself immersed in the most exaggerated city in the western United States, Las Vegas. You cannot miss the visit of San Francisco, city of art, full of museums and theaters, with modern architecture mixed with Victorian style buildings, where street artists and musicians abound. Mashed potato Los Angeles worth a visit, it is one of the three most important cities in the United States, along with New York and Chicago. Famous for being the cinematic and cultural center par excellence, even worldwide. These are just a few suggestions, but along the way you will find other attractions that you will not be able to resist.

Il Campervan trip to the West Coast it will allow you to reach the places that are part of your itinerary, without wasting time looking for a place to stay. Once you have reached your daily destination, you will only have to commit yourself not to miss anything, and end the day relaxing in your camper without unpacking and preparing your bags at each departure. All of this without time limits and with the convenience of always having everything at hand.

One of the interesting proposals that we found on the web, starting during the spring, is a group tour, including flight, camper rental and a rich itinerary. 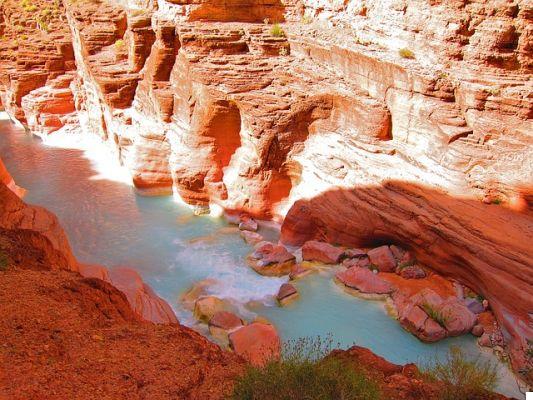 Considering the cost of fuel, much lower than ours, and the consumption of gasoline motorhomes (about 1 liter every 4-5 km), with about a thousand euros you can cover the whole tour. The cost of the tour is slightly higher than that done by car and motel if there are only two travelers per camper, of course it decreases in the case of more travelers, for example for a family or a group of friends. The advantages of a trip in a motorhome in the West Coast of the United States though are many. In American parks nature is scenic, and being able to eat inside your camper while enjoying the views, or wake up in the Grand Canyon campsite with chamois circling around, constitutes a unique experience.
For those who have never tried a trip in a camper, with this tour they will be able to live the experience of 20 days of life in complete freedom, with the guide and advice of an expert camper driver.

To find out the climate and temperatures you will find in April on the West Coast of the United States, read the climate article.

10 ways to make money with a travel blog (for real)

How to apply for a loan for travel and holidays: the best loans

The phenomenon of the beaches that light up at night: where and why it happens

How To Make Money Online: 20 Methods That Work

One of the 20 National Geographic guides is free

add a comment of An idea to leave next April: a motorhome trip to the West Coast.