Where to go in November? Between New York and Andalusia

Author and references
Where to go in November? Between New York and Andalusia 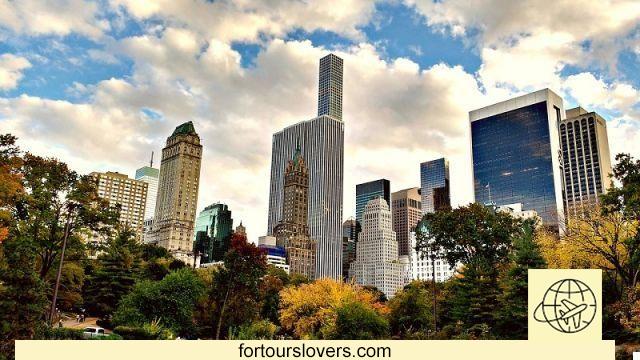 November: the summer has been over for a while and the holidays for many are already a distant memory, but for others it is time to start traveling again or to plan the trip of the year not yet spent. We offer you two ideas for a cultural autumn: overseas in the metropolis par excellence of New York or in the terra del hot flamenco in Andalusia.

Living New York in the fall, especially in November, will lead you to discover the metropolis immersed in the American holidays. From Halloween ritual with its pumpkins and nights spent in scary costumes in search of fun, to the celebrations on the fourth Thursday of November with the Thanksgiving Day, when Americans celebrate the day with rich turkey lunches then go out onto the street and follow parades with allegorical floats and celebrations everywhere. You can end your trip to New York with the ignition of the classic Christmas tree at Rockefeller Center at the end of November, which marks the beginning of the Christmas holidays, when New York is enriched with other lights, themed decorations and the typical Christmas atmosphere of an American film. You can also indulge yourself with an ice skating on its famous rink nestled among the skyscrapers of the city. The trees of Central Park in November show all the typical colors of autumn and create a landscape with warm tones, in stark contrast to the crisp air of this period. Temperatures in New York in November are cold typical of our winter season, but they are not yet cold and usual in the New York winter, when a thick blanket of snow and ice covers the streets and buildings of the city.

The closest alternative, just a couple of hours flight from Italy, is the region of Andalusia in Spain. Land of the flamenco dancers, traditional bullfighters, white villages and the mountain ranges of the Sierra Nevada that form the backdrop. Andalusia reflects a complex history, made up of invaders who have left their indelible mark. The most frequent architectural feature is that left by the Moors, who occupied the Andalusian region for centuries, and which you will find in the typical Moorish style constructions in numerous buildings. You will find the unmistakable style in the Mezquita and in the ruins of Medina Azahara in Cordoba, the Alcazaba of Almeria, the Torre del Oro and the Giralda of Seville. In Mudejar style, on the other hand, there is the marvelous Real Alcazar of Seville and in Granada style the magical Alhambra of Granada, where space, water and light create spectacular corners where you can relive the ancient Spain of the Arab dynasties. 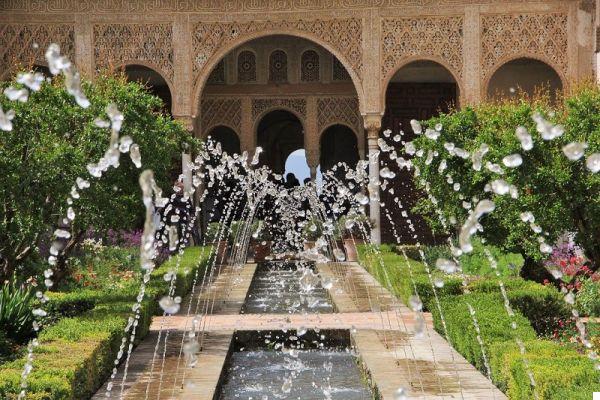 The best way to visit Andalusia is a journey among the Spanish paradors. Castles, palaces and monasteries recovered and located in strategic tourist locations, usually immersed in nature and typical Andalusian landscapes. The paradors are managed by the Spanish state, are used as a high-level hotel and will also allow you to taste the typical flavors of regional cuisine in their restaurants. Some of these paradors are that de Carmona in the surroundings of Seville, the Parador de Arcos de la Frontera towards Malaga and Cadiz, the Parador of Granada in a convent, the Parador de Ronda located on the top of the Tajo gorge, the Parador de Cazorla verse Cordova among the natural reserves of Andalusia; but you will find many other paradors in this well-stocked map.

Temperatures in November in Andalusia are pleasant without the excessive heat of the summer months, a few rainy days could creep into the holiday but without excess, sunny days are in fact frequent.

If you want more ideas on where to go in November go all'cast of countries broken down by ranking.

Where to go in August? Traveling along the paths of Slovenia ❯

Where to go to the sea in winter: 15 warm destinations

Two trips to do in January

Advice on where to go on a trip or vacation: the best destinations for each month of the year

Where to go in May?

Best Destinations to go to the Sea in January

Where to go in July? Between mountain and sea

add a comment of Where to go in November? Between New York and Andalusia