Austria's largest airport, Vienna-Schwechat Airport, is located 18km southeast of Vienna in the village of Schwechat. It has four terminals and every year 23,3 million passengers land and 6 million people pass through it. In addition to being close, it is very well connected to the city center, and you have several transport options to choose from depending on the city area where you are staying. Here's how to get from Vienna airport to the city center. 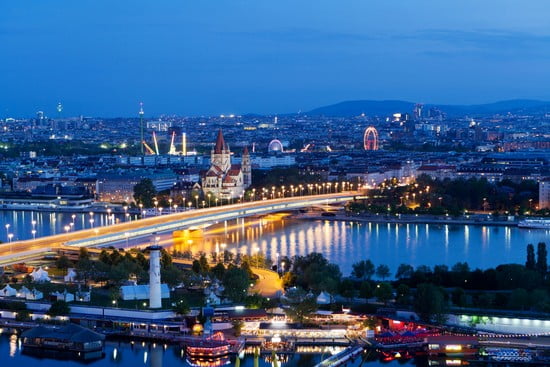 There are 4 modes of transport available when traveling from Vienna airport to the city center: taxi, train, bus and private transfer.

In the same airport there is a train station where two companies operate: CAT e ÖBB. Their trains connect the airport to the center of Vienna (Wien Mitte). To reach the platforms, follow the signs and exit at floor -1.

I train tickets they can be purchased at ATMs or at the tourist information desk in the arrivals hall, in cash or by card.

The CAT and ÖBB train platforms are located five minutes from the check-in hall and baggage claim area. Just follow the directions after you have collected your luggage.

The train journey from Vienna airport to Wien Mitte station is cheap and fast. In addition, the City Airport Train is known for being very comfortable and spacious. Please note that once at the Wien Mitte station, you have access to the U3 and U4 metro lines.

The fastest and most convenient way to get from Vienna Airport to the city center is the City Airport Train. It is a direct train that takes only 16 minutes to reach Wien Mitte central station without intermediate stops. Once there, you can use metro lines 3 and 4 or tram 1 to get around.


The train passes every half hour and the service is active from 6:09 to 23:39. The wagons are modern and perfectly equipped for storing luggage. In addition, they have WiFi on board and sockets to charge electronic devices.

Furthermore, upon return, it is possible to check-in and check-in luggage directly at the train station. By doing this, you can only arrive at the airport with hand luggage and save the long queues that usually form at the counters. To find out for which flights you can check-in at the City Air Terminal, consult the website www.cityairporttrain.com.

If you don't mind wasting another 10 minutes, you can reach the center of Vienna by train for around € 4,20. Austrian Railways (ÖBB) Railjet trains travel from Vienna Airport to Vienna Central Station (U1) or Wien Meidling Station (U6) in around half an hour.

Trains on line S7 run every day and they make several stops in Vienna, something useful for those not staying near the Wien Mitte central station. The wagons are not as comfortable as the previous ones, they do not have a specific space for luggage and you have to climb some stairs to get on them.


The trip lasts around 30 minutes and there is a departure every 30 minutes. From Vienna Airport to Vienna Main Train Station and Meidling Train Station, trains run every day from 6:33 am to 23:03 pm. In the opposite direction, the times are as follows:

A two-zone ticket is required to go from Vienna Airport to the city center.

Travelers who have the Vienna City Card o Wiener Linien multi-day tickets need to purchase additionally only one ticket from the airport to the Vienna city border at the price of € 1,80 (available at the ticket machines or at the railway ticket office).

In addition to the S7 line, there are several much less frequent regional trains which cost around € 3,90.

Taking a bus from Vienna airport to the center of Vienna is cheap and fast. However, buses tend to fill up easily and have limited luggage space.

This bus connects Vienna airport with the city bus station in just 15 minutes. Tap the Erdberg metro stop (line 3), just outside Vienna. You will most likely have to change to get to your hotel, but it is still a fairly practical way to get from Vienna airport to the city center.

Buses run every hour from 05:00 to 22:00 and the ticket costs € 5. You can buy it online or directly from the driver. Most importantly, it will be free if you have the Vienna Pass.

There are three Vienna Aiport Line bus lines that cover many points in the city. The journey takes between 20 and 45 minutes depending on the destination.

The great advantage of these buses is that they reach areas far from the train stations. Therefore, we recommend Vienna Airport Lines if you are staying near one of its stops, so you won't have to change buses to get to your hotel.

The bus transfer between Vienna airport and the city center costs:

Tickets can be purchased online or directly from the driver.

Getting from Vienna airport to the city center by taxi

With all the public transport options out there for getting from Vienna airport to the city center, there is little point in taking a taxi. However, a taxi can be useful if your flight lands at dawn or if you are carrying a lot of luggage.

It is important to note that Vienna taxis are not identical. Official taxis have the taxi sign on the roof and the letters "TX" on the license plate. Make sure you follow the signs to the taxi rank and avoid anyone offering you transportation. Be aware that you may have to queue for a taxi at rush hour.

In normal traffic, the taxi ride to the center of Vienna lasts around 20 minutes. There are no fixed rates for a taxi from Vienna airport to the city center. Therefore, the taxi ride will be calculated by a taximeter, depending on the distance. Additional charges may apply, such as tolls and night driving. However, the average taxi fare from Vienna airport to the city center is around € 36.

There is also the possibility to book the online transfer so that the driver will wait for you in the arrivals area and take you to the door of your hotel.

Book your private transfer to the center of Vienna

Getting to town by car

There are many car rental companies at Vienna Airport. Their offices at the airport are located in Car Rental Centre inside the long-term parking P4. They can be easily reached on foot following an underground pedestrian path.

Getting to the center from the airport by car is very simple. It takes about 20 minutes following the A4 motorway, which is perfectly signposted. You don't have to pay any tolls, but to drive on the Austrian motorways you must have the appropriate coupon (jahres vignettes), which you can buy at the P4 car park. It costs € 8,90 for 10 days. An English driving license is valid for driving in Austria.

Rent a car at Vienna Airport

Where to stay in Vienna: best areas and hotels
What to see in Vienna in one, two or three days
How to get from Vienna to Budapest: by car, train, bus or plane 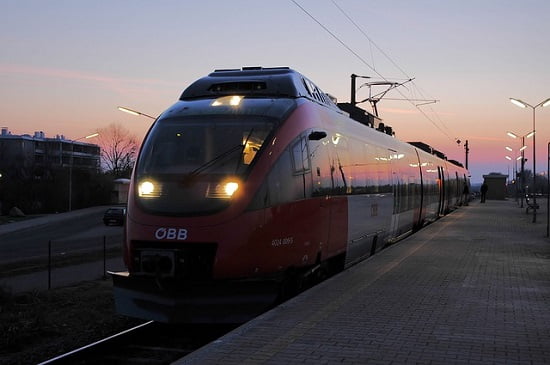